FIVE COPING STRATEGIES FOR GRIEF AFTER FIVE MONTHS WITHOUT DOLLY


'Cause I wished you the best of All this world could give And I told you when you left me There's nothing to forgive But I always thought you'd come back, tell me all you found was Heartbreak and misery It's hard for me to say, I'm jealous of the way You're happy without me 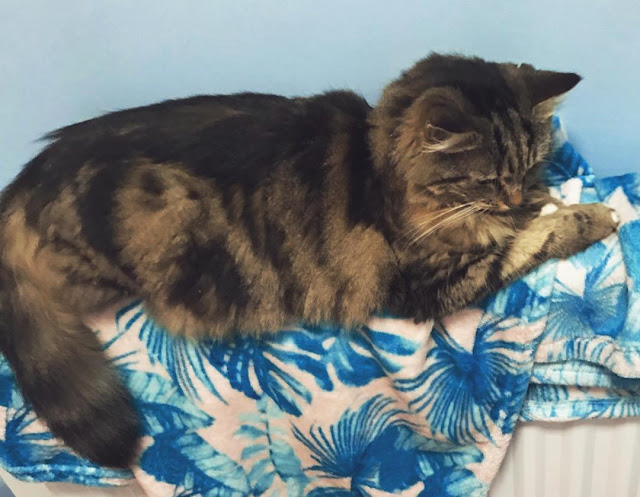 Firstly, has it really been six months since I lost Dolly?!

I thought it important to write now after I was at my neighbour’s the other day; she has two cats and one is very fluffy. Like Dolly was. I love going to see my neighbour; we get along so well that it’s not as though I can avoid going to her home because of the similarities. And I can’t and I shouldn’t. If my mental health journey has taught me anything, it’s been that you need to face things head-on – don’t avoid them or block them out because they just come back to bite you. And it’s so much harder than if you’d just tackled it at the beginning!

Have I done that with losing Dolly? I thought not. I thought I’d blogged so much about it that perhaps it was all ‘out of my system’ but I guess I’ve learnt that grief can never really be out of any system! And it is because of this that I’ve had learnt some coping strategies to manage my grief into preventing it from becoming overwhelming. I realise that the death of my cat means very little to some people and it – by no means – makes me an expert of coping with grief but if one of my coping mechanisms can help just one person that I thought it worth putting them ‘out there.’

A little while ago, when I was in a mental health crisis, I was asked who my support network was and I came to realise that perhaps, it’s quite small. At first, that felt scary because I know the importance that mental health professionals place on support networks and I worried that my six main people weren’t enough. But then I realized that it isn’t the quantity of supporters you have, it’s the power and importance of them. When you’re feeling at your worst, it’s surprising how adamant you can become that you have no one on your side. No one to talk to, to confide in, to call upon, to lean on… So sometimes, especially when you have a small family like mine, you have to create that network through working with mental health professionals to build a good rapport and a solid, trusting relationship, finding a hobby that you can bond with others over or even joining support groups or people who identify with you online. 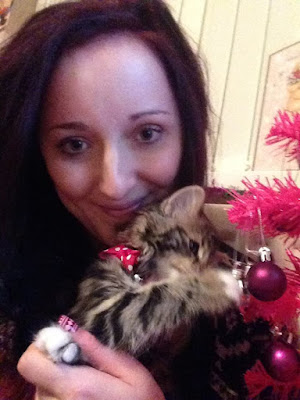 One of my three favourite Dialectical Behaviour Therapy skills is distraction. Admittedly, it’s taken me several years to learn the difference between distraction and avoidance so it’s important that you don’t use distraction to avoid those feelings that come with grief. If you do, they will never go away, and one day they’ll become so overwhelming that they’ll leaving you feeling lost and sometimes, even hopeless. There’s a number of things I do to distract myself that range from putting on my make-up to playing with my pets! Everyone is different though so you have to find your own list of things that will help you to keep your mind occupied when it would otherwise overwhelm you.

For what felt like a long time, I believed that I didn’t deserve to have anything nice or good happen to me. I thought that if Dolly – who had done nothing to deserve her fate – could be punished in such a way then so should I. I believed that I deserved to die. So finding self-soothing techniques was a little more than challenging but – albeit slowly – I learnt that doing my makeup or my hair or my nails or eating what I wanted, felt good. I eventually gained the mind-set that Dolly wouldn’t want me to be upset and to stop taking care of myself; it’d be disrespectful to her memory.

For me, this was an easy one – writing. Since I was first admitted to Cygnet, writing has become my outlet for so many thoughts and feelings that it led to the creation of I’m NOT Disordered. I find it really cathartic to get things out of my head and onto paper; it feels like such a release of all of these pent-up emotions and thoughts that it becomes a relief. Like a weight has been lifted. But of course, an outlet can be different to everyone; for some, writing about things might seem like you’re somehow memorializing them. Some people find having a hobby helpful, like horse riding or knitting and others enjoy throwing themselves into education and doing short courses online. I think that having an outlet, can mean that you have a passion and it usually means it’s something that you’re good at so doing this, would make your loved one proud.

In the beginning, my head and heart were flooded with memories; happy and sad. Her first Christmas, that time she brought home FOUR cats, when she first realized that the chicken from my Chinese takeaway was yummy, and then the memories of when the police kicked the door in and she hid under the bed and became aggressive and had to be put on a sedative, or her final moments when she spent a week in and out of Intensive Care at Robson and Prescott vets. There were so many memories that it became overwhelming and it felt as though they could never be controlled or lessened. In time, the memories came to focus on purely the negative ones and as I said previously, I realized that Dolly wouldn’t want me to be sad. She’d want me to remember her for all of the good things that happened in her four years.


I hope that this post has been some use for those of you who have lost a loved one. If your loved one was a pet, you can get professional support from theBlue Cross’ fantastic service: Pet Bereavement and Pet Loss helpline:
0800 096 6606
Labels: advice, cats, coping, death, dolly, emotions, help, memories, mental health, pets, sad
SHARE:
Newer Post Older Post
Home