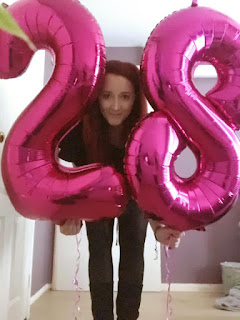 It’s like I wrote in my blog post on my twenty eighth Birthday (February 1st 2019), when I took my first overdose aged eighteen (in 2009) I don’t think there was a huge concern that I wouldn’t make it to my next Birthday because the overdose wasn’t really life-threatening and I think people just assumed it to be a ‘one-off.’ But by 2012, when they’d calculated that I’d taken over 60 overdoses in the space of three years and I ended up on life support, I think people became… ‘concerned’ is probably an understatement… especially after I ended up on life support in Intensive Care.

So often I get asked questions about my ‘flat’ and I’m so proud and lucky to be able to correct people with ‘I live in a bungalow.’ It’s sad that I only got this home because I’d been in a psychiatric hospital for two and a half years and so I was high priority on the list for a council property. But I could’ve just been housed in a crappy little flat! We dubbed my little bungalow my ‘forever home’ but as I progress through recovery, I can see that it’s almost inevitable that I will move at some point in the future but for now, I’m grateful for my little one-bedroom bungalow! 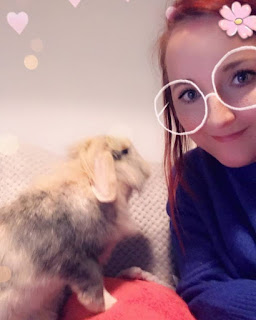 I can’t even remember the first time I hallucinated a Rabbit; that’s how normal frequent it became. I do remember that I overdosed. I also remember that I self-harmed in one way or another every time a new Rabbit joined the herd/warren/flock (I really can’t find out what a group of Rabbits is called!). And when the Rabbits turned up dirty and I ran in the shower in my clothes? Well how could I possibly imagine ever actually owning a Rabbit after that?!

For a long time, whenever I self-harmed through cutting, they were purely scratches. They were thin, not deep (I hate the word superficial), and barely bled. Then I was admitted to Cygnet and sectioned, so my coping strategy of overdosing was ruled out. I felt as though I was left with nothing; so naturally, I reverted to a self-harm I was more capable of doing whilst an inpatient in a psychiatric hospital – cutting. I think I’d become so desperate to do something that when I did… it was the exact opposite of how it used to be. I remember when I first had stitches and I was crying, and the Nurse was saying ‘do you not get used to it?’ and I just thought ‘I hope I never do!’

I’ll never forget when I got 100 readers whilst in Cygnet and the girl in the room down from mine had been watching the site and came running into my room and we screamed and jumped up and down. The staff came running, the alarms were wailing, because they thought that someone was ‘kicking off!’ To think back to that time and to now be watching my readers climb closer and closer to half a million is more than surreal. I mean, is there even a word for something that is more surreal than ‘surreal’?! I’ve talked a lot before about how much the numbers meant to me because the higher, they climb the more worthwhile this all becomes and the more opportunities I can secure to better the blog’s content. 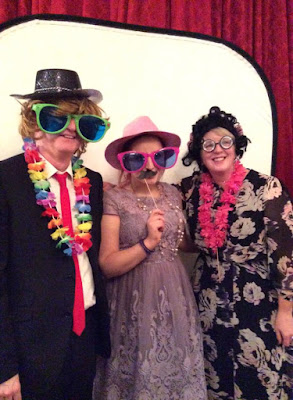 For so long Northumberland, Tyne and Wear NHS Foundation Trust (or NTW) was my nemesis. Having NTW in my life largely meant that I was either involuntarily an inpatient in a Psychiatric Hospital, or I was being passed from professional to professional in the community. Being sectioned and admitted to NTW Hospitals left me resentful towards the Trust and being sent from one Community Psychiatric Nurse to another, from one Psychiatrist to another, and from one Psychologist to another! I didn’t, for one minute, imagine that I’d end up celebrating a landmark of my blog with the NTW Chief Executive! Never mind convincing him to into a feather boa and photo-booth style sunglasses!

Similar to NTW, my relationship with Northumbria Police was all-consumingly negative. The second time I was ever sectioned was in my Mum’s home when I lived there and the Police’s involvement amounted to six of them marching into the living room, handcuffing me, strapping my legs together, and carrying me out to the cage in their Police van! It was probably one of my most undignified moments; I felt utterly embarrassed and worthless. And now, whilst I (and the Force) recognize that the way they responded was wrong, I’m grateful to them for basically saving my life. Numerous times.

I’ve decided that I’m not going to go into this one too much – I don’t want to restart an old battle. But I’d be faking to say that when I was considering content for this post, that thought didn’t come into my head at some point. I’m sure that a lot of my readers (I say this with confidence because I have an idea on my target audience) will have experienced ‘love’ or at least the reassurance that you’ve found the person you’ll spend the rest of your life with; so you’ll understand how confusing and bewildering it is to suddenly find that isn’t the case. To know how it feels to think you have lost everything. To feel the ground has shaken beneath your feet. That your world has tilted off it’s consistent axis. It’s a terrifying thing to have something you have believed in – been sure of – taken from you. To be proved wrong on such an intense, deep level. 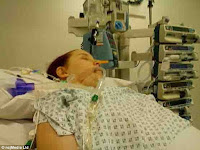 After all these years (nine!) and all these overdoses (over 60, apparently), you’d have thought that I’d be used to saying to people that I’ve taken an overdose but actually, it doesn’t get any easier or any less scary. I thought that by now, having said it so many times; I might have almost become immune to the importance of the statement and the impact it can potentially have on people. I think that it also became one of those things where, after every time you say it, you fully believe that you never will again.

There’s been so many situations where I’ve honestly thought that I wouldn’t end up saying this; so many times, where I thought that the professionals would let me go. I mean, of course; before the hallucinations and the self-harming started, I never thought I’d say something like that at all. I thought that being sectioned was for ‘crazy people’ – people who needed electric shock therapy, restraints, and sedatives. Once I learnt that people who were sectioned could be people you’d see just walking up and down the street; I realized that I shouldn’t be so arrogant as to assume it would never be said to me.