I’M NOT DISORDERED TURNS EIGHT | A LESSON PER YEAR 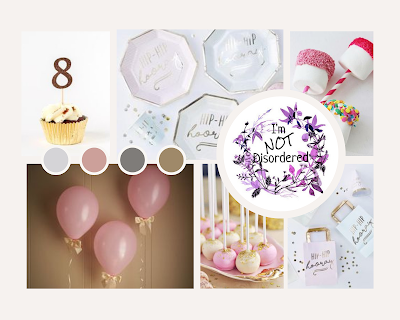 Going to start this post in the stereotypical way: I can’t believe it’s been eight years since I created, I’m NOT Disordered! I think that being able to still remember the day I started my little blogging career, is just testament to how important my blog is for me, what it means to me, and the hugely beneficial impact it has had on my life. To think that my blog has become what it is today from its tiny start in my hospital bedroom still amazes me! All the achievements and opportunities I’ve experienced these past eight years, have surpassed even my wildest dreams(!), but I’ve tried to keep my feet on the ground, and to always feel that I’m learning from my blog…

2013 – I learnt how quickly things can change

I experienced my mental health change very dramatically in – what felt like – a very short space of time… In February 2013, I ran away from the psychiatric hospital I had been in since the Summer of 2012 and made an attempt to take my own life (you can read more about it here). Then, by August 2013, I was allowed to go on the therapy trip to Flamingo Land (which you can read about here)!

It still frightens me to look back and see how I went from making a suicide attempt to going on fun rides just six months later! I say ‘frightens’ because I’m so aware that the suicide attempt in the February could’ve been successful and I would have never known things would improve. It’s like that saying, that suicide doesn’t just eliminate things getting worse, it also prevents the opportunity of things getting better. It actually makes me sad; the thought that there were so many occasions where I could have ended my life, and that would’ve meant I’d have not seen all the goodness I’ve had, and all the successes with I’m NOT Disordered. I feel incredibly lucky; both to have failed in my attempts and to have achieved so much since them.

In September 2014, after almost two and a half years, I was discharged from the psychiatric hospital and transferred to a ‘rehab’ unit (which you can read about here). The unit though, comprised of detached bungalows and one bungalow for the staff who were there 24/7. So, it was the perfect step down from the hospital but not being thrown in at the deep end and moving straight into the community.

Moving to the unit, it meant I was no longer over 100 miles away from home as I had been in the psychiatric hospital (it was the nearest hospital specialising in my diagnosis of Borderline Personality Disorder) and that felt so good. Whilst I’d been that far away, my family went through a big challenge and it was horrible feeling as though I couldn’t be there to support everyone, but that meant I was so much more grateful to be back in my home County. Then, when I was offered my own little bungalow in the community (which you can read about here), just ten minutes from my Mum’s home, I became even more thankful and appreciative of finally being in a home and not a hospital!

After being discharged from the psychiatric hospital after such a long admission (almost two and a half years), I wrongly – but understandably – believed that this was it. I had recovered and my mental health would only continue to improve. I wish that professionals had been honest with me rather than assuring me once I was discharged I’d be completely better, because I’d rather have had just that tiny bit more of an understanding on what to expect; over being totally thrown off course when I started to struggle again.

I learnt this when, in February 2015, I self-harmed and was sectioned (which you can read about here) under the 1983 Mental Health Act. I remember feeling so confused and so angry with the thought that the professionals were making false promises and started to believe you couldn’t rely on anyone. I was also embarrassed because my blog made me feel like the ‘poster child’ for mental health recovery and now this had happened, I felt that I’d let everyone down. I worried that readers would feel hopeless at the thought that my recovery had seemed so secure and yet something like this still managed to happen! After a lot of thinking though, I came to the conclusion that now I’d learnt recovery isn’t linear, I could use I’m NOT Disordered as a platform to educate others who might be encouraged by professionals to believe the opposite. Hopefully if someone was aware that their recovery wouldn’t always smell of roses(!), they wouldn’t feel like such a failure if they began to struggle.

2016 – I learnt to celebrate every achievement

In November 2015, I hosted a huge party to celebrate I’m NOT Disordered reaching 100,000 readers (you can read about it here) and when I reminisced about it in 2016 (you can read that here), I came to the conclusion that it had been The Best Night of My Life! Reflecting on the event and seeing it in that way, really taught me the importance of celebrating the successes and achievements you have in life – no matter how small you may deem them to be!

This was a challenging lesson for me because I’ve never been one to toot my own horn, but throwing that party and really absorbing the fact over 100,000 were now reading my words, I felt that it’d be a bit ignorant of me to deny it being an achievement! And realising that meant I became so much more confident in telling people about my blog and by doing so, the audience increased and with it, my passion and dedication for blogging.

I think learning this about the work on my blog also benefited my mental health because it gave me the motivation and confidence to be more aware of the milestones within my mental health e.g. how long it’d been since I’d last self-harmed, or how long since my last hospitalisation etc. Having this awareness, meant that I was more appreciative of my recovery and could finally recognize just how far I’d come.

In February 2017, I was asked to give an interview for ITV Tyne Tees News (you can read about it here) after new statistics showed that the North East had some of the highest numbers for young people being hospitalised as a direct result of self-harm. It wasn’t my first media appearance but that didn’t matter to my nerves and anxiety! To overcome it, I focused on the idea that my interview could encourage people struggling with self-harm to speak up, and it could educate professionals on what all those people might be going through. That became my motivation, and with it, I talked openly and honestly to the little film crew!

Another occasion in 2017 which reinforced this lesson, was in September when I made a very impromptu decision and bought a bunny (Pixie – who you can read about here)! It wasn’t the spontaneity that was the brave aspect though; it was the fact that I had added the animal I used to hallucinate to my family! With such a deep meaning behind getting Pixie, I feel like we have a very special bond and no matter how many cables she chews through and I have to replace, I wouldn’t change her for the world!

2018 – I learnt that losing a pet shouldn’t be dismissed

Growing up, I had hamsters and their short lifespan as well as my age, meant that I don’t think I really got upset or felt that I went through a period of grief over their deaths. Even when the twelve-year-old family cat; Saffy, passed away I didn’t really struggle to cope. I hadn’t lived at home for about three years so whilst she’d been incredibly important to me growing up, it was maybe easier to cope with because I had moved to my own home and had my own cat; Dolly.

When the professionals started talking about my discharge from the psychiatric hospital, my Mum had the genius idea to buy a cat collar to motivate me and remind me of my recovery goal; to have my own home and my own cat; Dolly. I had her in my own home for four years before she got poorly and spent about a week in and out of the Vets with kidney failure. In the end, there was one more treatment they could try but it could mean stress and pain for her and it might not even be affective, so I made the decision to have her put to sleep (you can read about her death here). A lot of people say a decision like that was the hardest they’ve had to make in their life but for me, I was so confident that it was the right call that it wasn’t hard. It was a horrible decision to be confronted with, but it wasn’t hard to actually decide.

2019 – I learnt how helpful a voluntary job can be

I think I got my first voluntary job; as a Sales Assistant in Oxfam in 2010, but I don’t think I ever recognized how important a voluntary role can be. I mean, I helped in a few charity retail shops over the years, but it wasn’t until I got my Advertising Assistant position at Listening Ear and Positive Support (LEAPS) in 2017.

It was a rough start joining the group who were so close-knit but their kindness shone through and after two years, securing Lottery funding, getting articles published in the local newspaper, and organising therapeutic trips, I needed a new challenge. At the Annual General Meeting (AGM) in 2019, I put myself forward to be Deputy Chair. The Chair (at the time and who has since passed away) told me that he felt he’d had a ‘good run’ as Chair for the previous three years and that he would have over the reins to me. “As actual Chair?!” I checked. I was unanimously voted into position (which you can read about here) and have held the post for almost two years now. From my voluntary work with LEAPS, I’ve had so many new experiences that have opened an abundant of doors!

2020 – I learnt more about successfully creating a Blogmas series

Last year, I spent almost four months preparing my Blogmas series (one blog post a day from December 1st until Christmas and which you can read here) – you can read why I started so early here. Having created Christmassy series’ in the past, and one Blogmas series in 2019 (which you can see here), I’ve learnt a lot about doing big, important content like this and I thought that whilst my mental health is so brilliant, I’d like to harness all of that positivity and use it to put all these lessons into practice. From doing so – I don’t want to toot my own horn – but based on the statistics, this has been the most popular Christmas series in the eight years of I’m NOT Disordered! And having that achievement, made those four months of hard work and preparation, completely worth it!

I think that so far, my most exciting project scheduled for this year, will be my book – Everything Disordered – being released (hopefully) on April 20th! So, keep an eye out for more info on that! 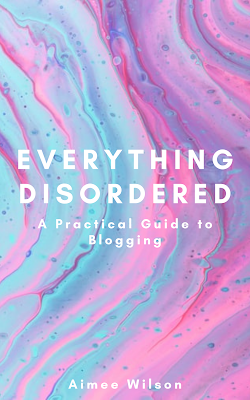 Here’s to another amazing year with I’m NOT Disordered – the blog who people said wouldn’t amount to much!